How old are the best squash players in the world?  The PSA released the latest rankings today so let’s calculate the average age of the best of the best – the men’s top 5  (in the interest of gender equity we will look at the women’s top 5 in another post):  29.8 years old. 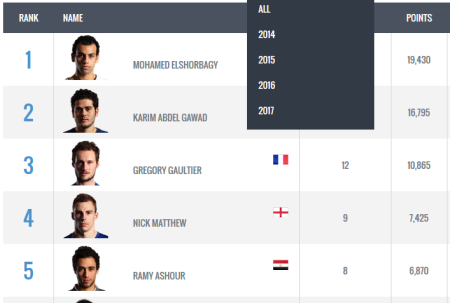 Why – in the “world’s fittest sport” (except for Nordic Skiing) are the athletes so old? Or put another way – how can these “old” athletes beat younger fitter athletes in their late teens and early 20’s?  The answer lies in the older players’ “tactical expertise”, in other words their better decision-making and choice of shots – average shots per squash game is 200 – so up to 1000 tactical decisions where to play the ball per match.

Let’s look at the example of an 18-22 year old college player who does not want to wait another 7-8 years to play their best – how can they accelerate their “tactical expertise”? 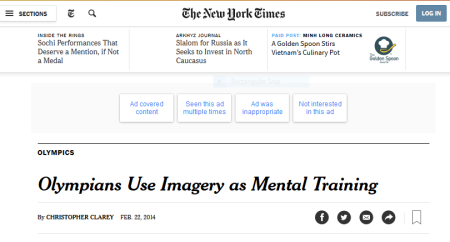 Lastly use visualization (imagery) to speed up memory and learning of “good” tactics. According to recent sport psychology research more than 95% of Olympic Medalists and World Champions use visualization regularly to prepare for competition. Visualization procedures are very easy to learn and consist of finding a quiet place and focusing on breathing for 3-5 minutes to get into a state of relaxation – and then simply imagining the situation you want to achieve – 10-15 minutes a day is sufficient: before or after practice as part of warm-up or cool-down, before sleep or right after waking up are usually convenient times.

Here is a list of specific visualization topics that we have asked the Wesleyan Squash Teams to visualize this week:

Don’t wait until you are old to play your best squash – change your practice habits, adopt a tactical model, and visualize to speed up the process of being a “smart” player.

Tim Bacon, M.A., CSCS is the world’s leading expert on racquet sport science and coaching development having taught all areas of sport science as both a Lecturer at Smith College and as a Coach Developer for the Coaching Association of Canada while actively coaching (Squash Canada Level 4 Coach) and sport psychology consulting (25+ World Champions).  He currently runs his consulting practice out of Northampton, MA and maintains his active coaching as the Assistant Squash Coach at Wesleyan University during the CSA squash season (Nov. 1 – Mar. 1).